Up to today, maybe someone still doesn’t know much about Jane Goodall, but the people who know her, they all respect her very much. 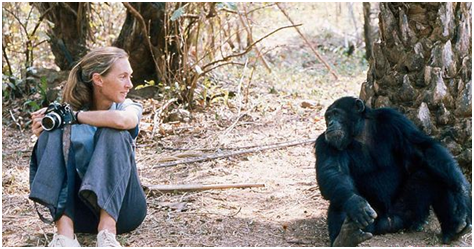 She left to the primeval forest of Africa when she was about 20 years old, she spent 38 years there for observe chimpanzees. She appealed to us to protect the wildlife and environment.

She was “The Most Outstanding Wildlife Naturalist” selected by the American “Time“. She was awarded the Martin Luther King Anti-Violence Award by the United Nations. Only two people were awarded this award, they are the former South African President Mann Della and Former U.N. Secretary-General Kofi Annan; after the “September 11” incident in the United States, the United Nations selected 11 peace ambassadors. The only environmentalist is Jane Goodall.

Snow-hair flew over Goodall’s once young face, but her story has long been a legend. So, what kind of extraordinary experience does she have? Why can she get great achievements?

The books that Goodall liked most were all about animals when she was a child, such as Doctor Dolittle, The Prince of the Forest, and books about Tarzan. Around the age of eleven, Goodall dreamed that he had lived with animals in Africa. For a little girl, such a totally unrealistic dream shouldn’t intersect with her real life, because no one will take risks according to dreams. But Goodall’s mother encouraged her: “If you really want to do something and try to seize the opportunity and to persevere, you will one day succeed.” 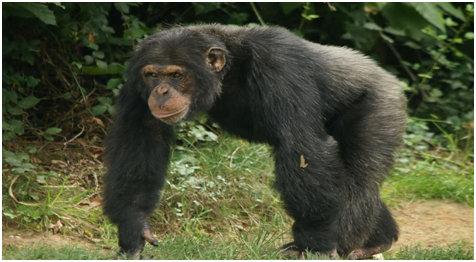 Jane Goodall finally decided to go to Africa to realize his childhood dreams. However, due to the general situation of her family, she can not afford high tuition fees, Goodall graduated from high school and went to the society to receive secretarial training in London. After graduating, in order to afford the high cost of going to Africa, Goodall was a secretary and serving as a waitress in a British documentary production company until she had enough of a one-way ticket to Kenya.

In Kenya, Goodall answered a lot of questions about Dr.Leaky about African and local wildlife, which are the knowledge she all gained through her self-study. Although there is no academic background, Leaky is very satisfied with Goodall and hired her as a assistant. So Goodall and Dr. Leaky went to the Olduvai Gorge for their fossil adventures.